The day has come!

„The world can go to hell when I’m with you.”

Only Meghan March is able to create such an incredibly sexy and captivating story, that despite cruel cliffhanger leaves you in a state of complete adoration. Black Sheep is the story about Cannon Freeman, who appeared as a secondary character in one of previous books from March and we could picture him then as a villain, but Black Sheep, despite mafia connections puts him in an entirely new light. And let me tell you- you won’t be able to resist him!

The loss of beloved person and bits of information led Drew Carson do Upper Ten- exclusive club run by the bastard son of the man, who Drew suspect as a guilty of the crime that shredded her heart. Her plan is to infiltrate the buisness and its owner, because Cannon Freeman can lead her to the answers she seeks. But she didn’t predict that Cannon is more than just an heir of the Casso family. And she didn’t expect that the closer to him she get, the harder it’ll be to keep her secrets and get out of this situation unscatched. And most important- she never thought, that she’ll fall for him.

I say this pretty much in every review of Meghan’s book I write- how the hell does she now how to create my perfect fantasy?! It’s like this woman reached into my mind, pulled my every desire and turned them into the perfect man. Cannon Freeman is a walking wet dream. He’s intense, dominant, powerful and ohhh so sexy! Complete alpha. But he’s also kind-hearted and caring. That’s why I fell for him so deeply. And Meghan paired him with a strong heroine, who isn’t afraid to reach for what she wants. Drew is brave, fierce and determined. I love it in Meghan’s stories that her female protagonists are equal with the men. And Drew has proven, that she’s a perfect woman for a dangerous man like Cannon.

This story is full of mysteries, sizzling chemistry and unexpected twists. The level of heat is beyond any measure and steam is pouring out of the pages of this book. Meghan’s flawless writing makes you unable to put this read down even for a second! And the ending?! You want to praise Meghan for her brilliance, and curse her at the same time for her cruelty. Because she’s not called the Queen of cliffhangers for nothing. Black Sheep is another story from Meghan March that’s a MUST READ! 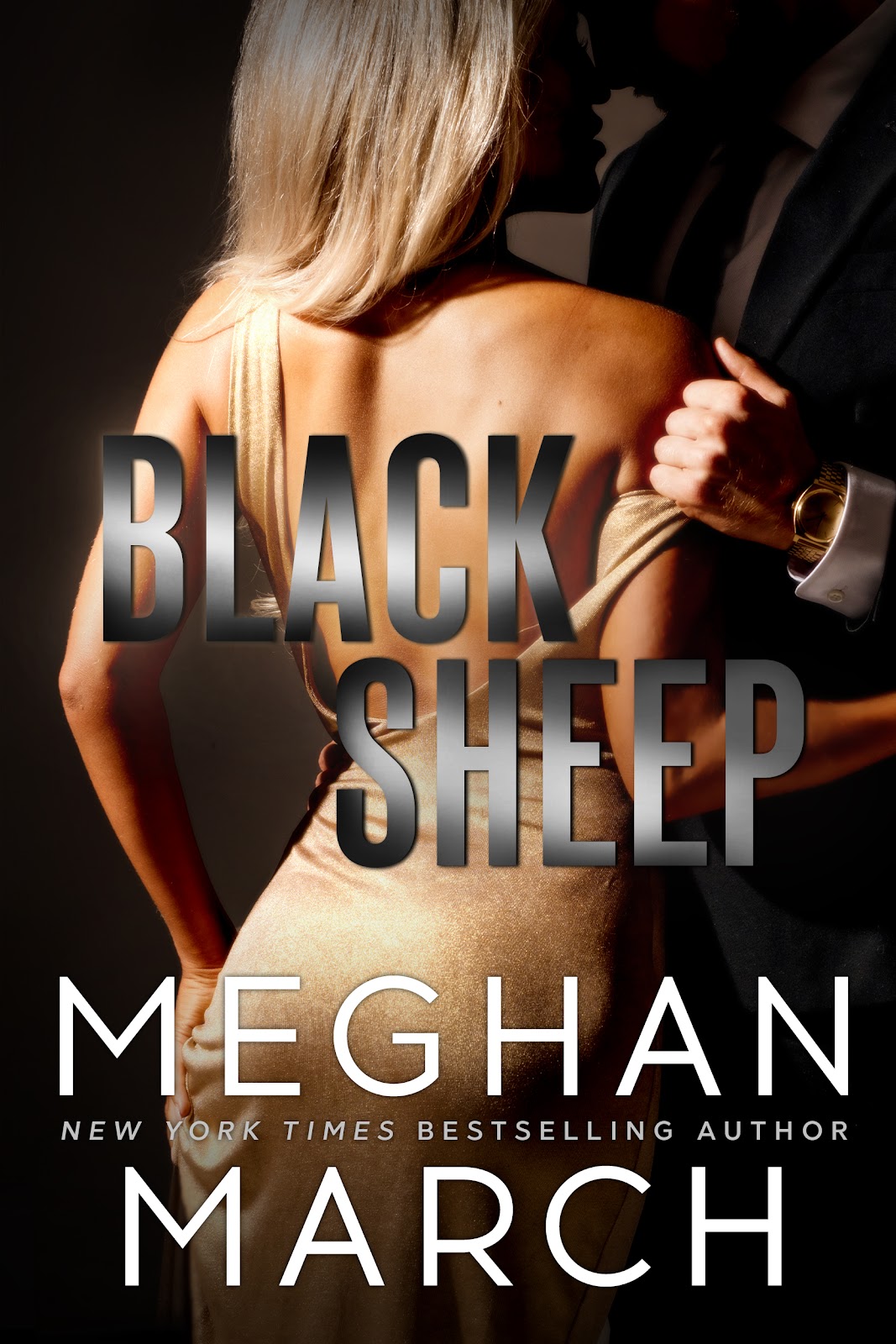 From New York Times bestselling author Meghan March comes a story of untold truths and one man’s redemption in the Dirty Mafia Duet.

Every family has a black sheep.

In the infamous Casso crime family, that black sheep is me—Cannon Freeman.

Except I’m not a free man. I’ve never been free. Not since the day I was born.

I owe my loyalty to my father, Dominic Casso, even if he won’t publicly acknowledge me as his blood.

I’ve never had a reason to go against his wishes…until I met her.

Drew Carson turned my world upside down when she walked into my club looking for a job.

Now, my honor and my life are on the line.

Going against my father’s wishes might buy me a bullet straight from his gun, but black sheep or not, it’s time to make my stand.

She’s worth the fallout.

Add to your Goodreads TBR:

Making the jump from corporate lawyer to romance author was a leap of faith that New York Times, #1 Wall Street Journal, and USA Today bestselling author Meghan March will never regret. With over thirty titles published, she has sold millions of books in nearly a dozen languages to fellow romance-lovers around the world. A nomad at heart, she can currently be found in the woods of the Pacific Northwest, living her happily ever after with her real-life alpha hero.

To get the inside scoop on a daily basis, search Meghan March’s Runaway Readers on Facebook and join the fun!