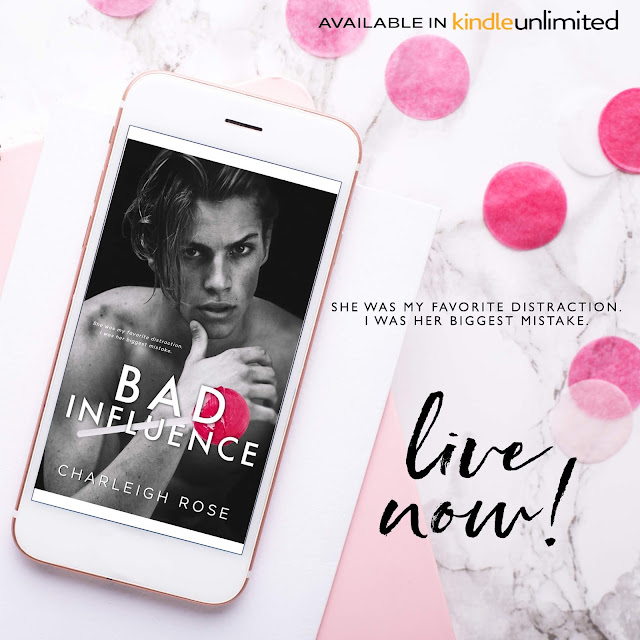 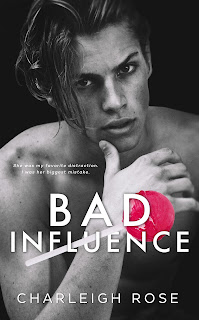 Allie
When I moved to River’s Edge, dating was the last thing on my mind.
I definitely didn’t expect to fall for him.
Jesse Shepherd.
Popular. Star athlete. Cocky as hell.
You know the type.
But as time passed, I realized there was more lurking beneath that gorgeous exterior.
Secretive. Angry. A little bit broken.
The more I peeled back his layers, the deeper I fell.
Until I slammed headfirst into his sea of lies.
Jess
I blew my shot.
Pissed everything away—college, lacrosse, my future—only to end up right back where I started in River’s Edge.
I was content to revel in my misery, spending my days drowning in a bottomless pit of booze and girls.
Until I saw her.
Allison Parrish.
Beautiful. Sarcastic. Perpetual bad attitude.
The pretty little distraction from the shit show that was my life.
But the sins of my past were closing in on me, and I learned the hard way that nothing gold can stay.

„You’re a bad influence.” I smirk, taking another step, effectively closing the distance between us.„I’ve been called worse.”

I was waiting for Jessie’s book since he appeared in Bad Intensions as Lo’s younger brother. Now he’s all mature and it’s official- I’m a 100% #JessiesGirl. Bad Influence completely sucked me in the whirlwind of emotions, angst and lust. And despite that I adore Allie as a heroine, it’s Jessie who totally stole my heart. Broken heroes are my weakness and although they can in fact be a bad influence, it turns out they can also be the sweetest addiction. So call me a junkie, because I’m hooked!

On the outside Jessie is a typical jock – cocky, flirty, with a bad-boy vibe. But as we peel the layers and we discover the depth of his character, there’s no way we don’t fall in love with him. Because he’s so much more than what meets the eye. All he needs is someone to show him that he’s worthy more than a life he knows from his childhood. Someone, who will save him from self-destruction. And Allie is that person for him. A girl, who has her own demons and insecurities. But just like Jessie, she’s trying to mask all of this and she doesn’t let herself break- she’s strong, independent and brave. What I loved the most about their relantionship is that they didn’t try to heal each other. They embraced all the pieces of one another, especially the broken ones. That’s why they were a match made in heaven- they fitted like a missing pieces of puzzles. And I need to point out that this story has the hottest scenes ever! Charleigh Rose created so much sexual tension between characters that there’s a serious risk that your Kindles will burst into flames. And let me tell you- I will never look at the lollipops the same again.

This book will break your heart and make you sad. But at the same time it’ll warm you up and give you hope. Because this story fits perfectly with Rihanna’s lirycs- you can find love in a hopeless place. Charleigh Rose once again created addictive, seductive and phenomenal story about love that helps young people to cope with the life struggles. And for the hopeless romantic like me that’s a reason why Charleigh is one of my favorite authors.

*ARC received in exchange for an honest review. 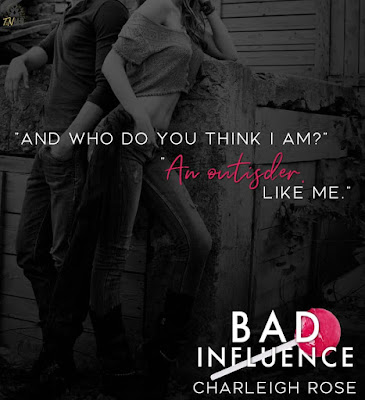 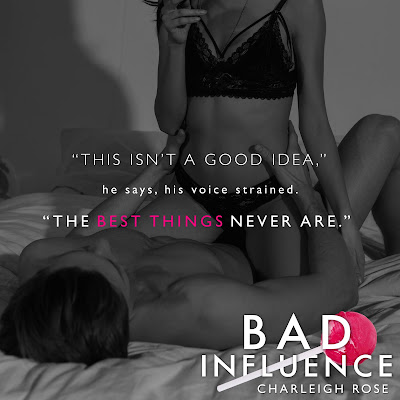 Moving in slowly, he cages me in, bracing his right arm on the wall above my head, his left hand by my hip. He brings his lips close to my ear and I fight the shiver that rolls through me. “It’s probably just your admirer,” he says, his voice hushed and husky. I swallow hard, looking over his shoulder as he nuzzles closer, his nose skimming my neck, then down to my collarbone. My pulse pounds in my ears as he moves back up, his mouth brushing across my cheek, stopping at my parted lips.

“Is this convincing?” He asks. He’s so close that I can feel his breath on my lips, and I realize that I want him to do it. I want him to kiss me.

I give a slight shake of my head in response.
“No?” He smirks, knowing exactly what he’s doing to me. His left hand leaves the wall to curl around my hip and he presses his chest to mine. “How about this?”

“Almost,” I whisper. I wet my lips and the tip of my tongue nearly grazes his bottom lip. His expression goes from playful to heated in an instant, then he’s closing the final distance.

It’s soft at first, just a brush of his lips against mine, but soon he’s cupping my face with both hands, tilting my head back as his tongue sweeps into my mouth, his movements confident and skilled. Unhurried and unyielding.
My hands find his shirt, pulling him closer as his tongue fucks my mouth. Because that’s exactly what this is. This isn’t kissing. Or maybe it is, and I’ve been kissing the wrong boys.
Jesse groans, fitting a firm thigh between my legs, and the need bubbling inside me threatens to boil over at the sensation. But all too soon, he pulls back, leaving me breathless.

“Was that convincing enough?” 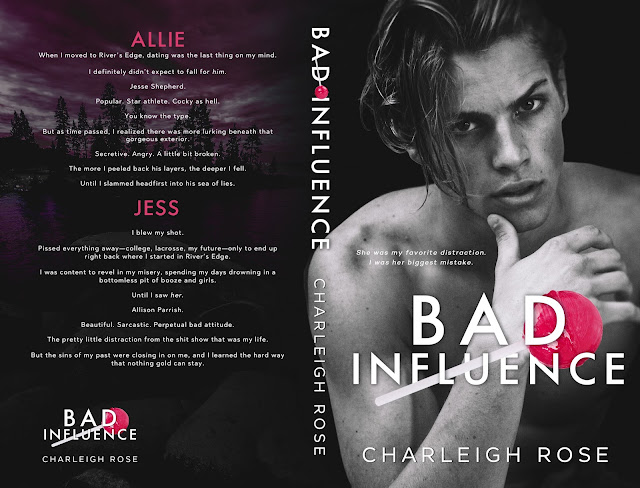