She doesn’t surrender to his kiss.
He doesn’t back down from a challenge.
It’s going to be a sensual fight … to the death. 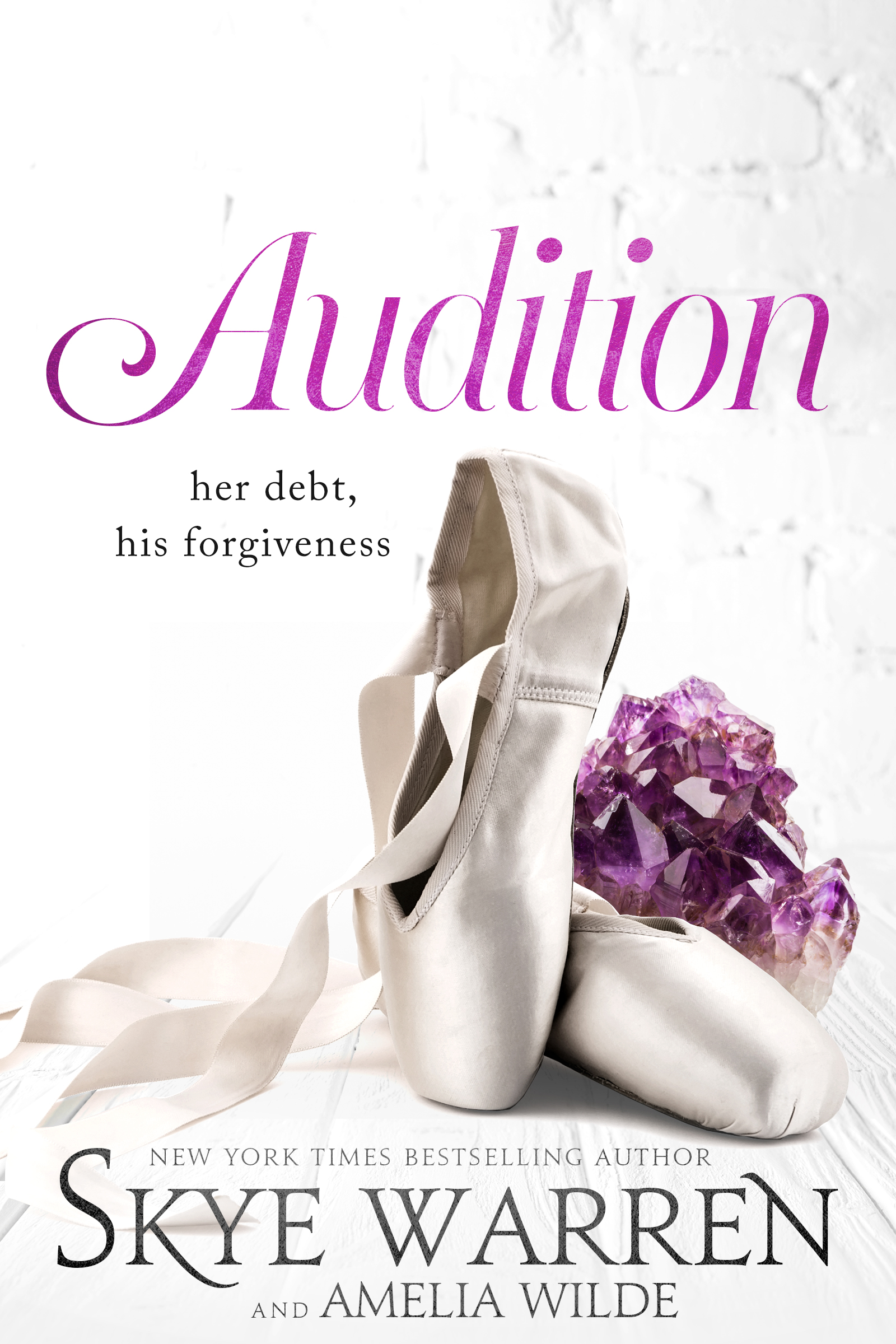 Blood and sweat. Bethany Lewis danced her way out of poverty. She’s a world class athlete… with a debt to pay.

Joshua North always gets what he wants. And the mercenary wants Bethany in his bed. He wants her beautiful little body bent to his will.

She doesn’t surrender to his kiss.
He doesn’t back down from a challenge.
It’s going to be a sensual fight … to the death. 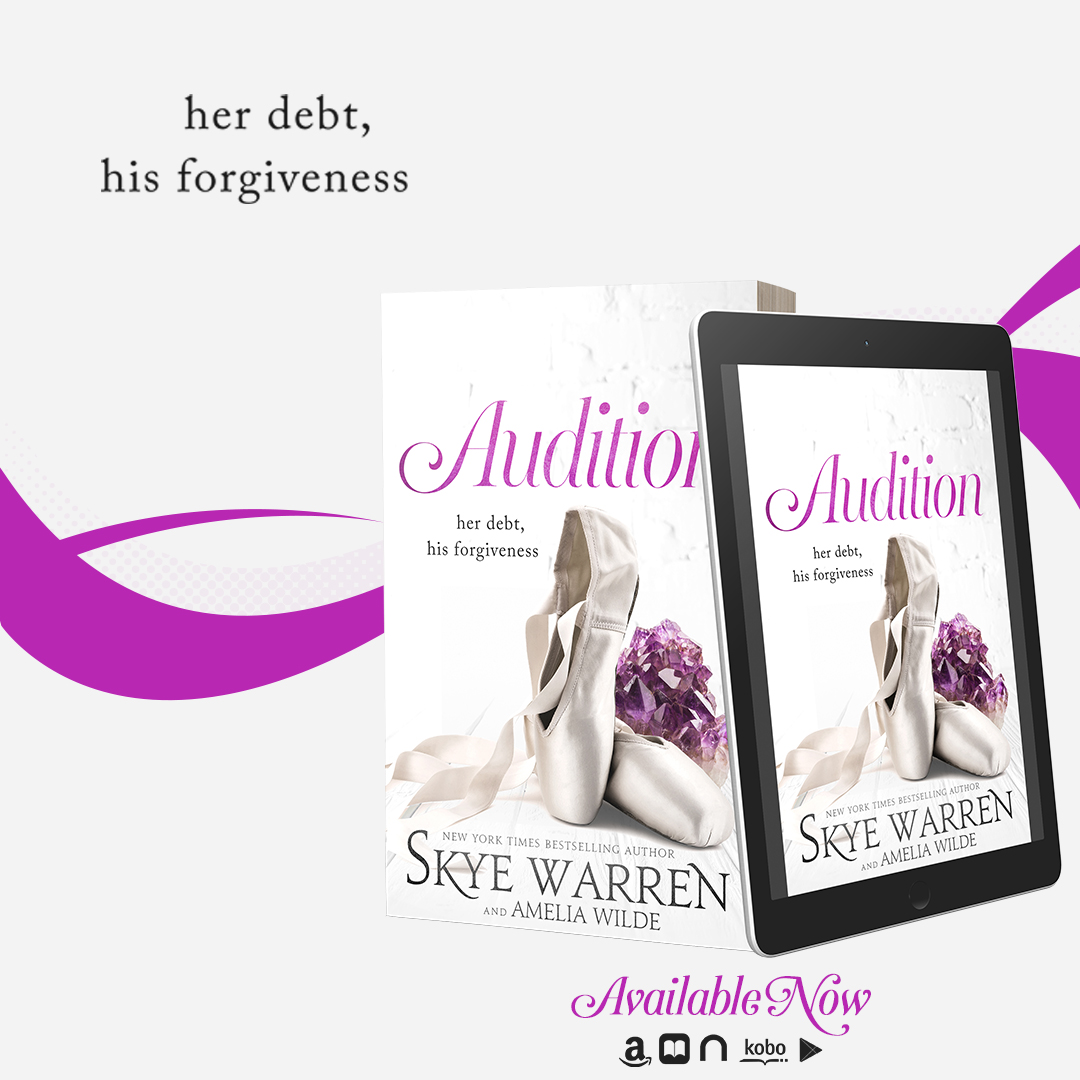 Skye Warren has an extraordinary talent for describing characters in her stories. She’s so thorough that no matter what the character does, I can fully imagine it. Where the previous trilogy focused on music and I could almost hear the sounds coming from the violin, in Audition dance leads the way. And believe me, Skye describes each movement so perfectly that during reading I felt like a part of the audience that admires Bethany in her element. And the beauty of Mrs. Warren’s words combined with spectacular ballet is an absolute delight.

However, Audition is not just about the dance. There’s suspense, thrill and danger. It’s also about reconciling with the past and allowing yourself to feel. The volatile relationship between Josh and Bethany alternately breaks the heart and gives hope. Warren masterfully plays with her readers’ emotions by manipulating their feelings and taking them by surprise. The constant push and pull kept me at the edge of the seat and the slow buildup only heightened the anticipation. As for the characters, Bethany has my admiration. I love strong heroine, who will do anything to reach her goals. She’s a fighter but she also has innocence and the need to be loved and cared for. Josh, in turn, is one of the heroes whom I love to hate and hate to love. He can be a total asshole, mean and cruel, but in the end I still like him. That’s how broken guys affect me, I want to flood them with love and find their happily ever after.

Audition is a great story. Hearbreakingly beautiful and thrilling. Another North brother stole my heart and I don’t want it back.

I open the door, expecting to see a couple of rough-hewn bastards fighting or training. They might even take a swing at me. We’re all a bunch of army bastards, more comfortable using our fists than our words.

Instead I’m struck by the sight of a body in motion, but not in violence.

She’s dancing. Grace. Strength. And completely inappropriate to this place—desire. It’s nothing so base as tits and ass, though I’m sure hers are lovely. No, it’s the sweep of her calf and the indent at her waist. The lift of her chin.

I could not be more shocked if I had been punched. Or shot.

It feels a little bit like being dunked in lava, watching her dance. I’m immobile in the doorframe of the warehouse. My sanity is one step behind me, utterly gone. I’m seeing visions. She can’t be real. I don’t even want her to be real. This kind of beauty doesn’t belong in the goddamn gutter. A pale pink leotard against the dinge-dark hollow. Satin ballet shoes pushing into the dirt. Slowly, very slowly, my sluggish mind searches the perimeter. Alone. We’re alone. If anyone had wanted to shoot me, they’d have had plenty of time. An eternity while I’d been staring.

Her spin slows, like a top that’s run out of momentum. Dark eyes meet mine. Surprise. A flash of something else—anger. She drops to flat feet. No longer a goddess, a blur. She becomes a woman. “No,” she says. Then again, “No,” with such force I glance behind me in case someone’s charging at her wielding a knife. The shipyard is empty. It’s only my company she’s objecting to.

Well, you can’t fault her for taste.

Her eyes narrow, but she doesn’t seem particularly shocked by my crude language. No, she wouldn’t be. Not in this place. She would have heard much worse. “I told him no more guards.”

My boss? I work for the US government. My job is to drive around godforsaken deserts and pray I don’t get blown up by a bomb buried underground. If I play my cards right, I might move into special operations. That’s what was implied before I went on leave. Go along with what Caleb Lewis offers. Collect information. Report back.

It’s a chance to be somewhere other than the bottom rung. Maybe the only chance I’ll ever get. Which means I have no business being interested in this girl. She probably isn’t even eighteen. “My boss,” I repeat, my voice flat.

“Why don’t we do this—you dance again. I’ll stand here, but if anyone attacks you, I’ll just let them have at it. No bodyguards for you.”

“You tell Caleb we had a deal. And it doesn’t include some—” Her narrowed gaze sweeps down my body, as if she’s only now noticed that I have a body. “Some overmuscled asshole on steroids.”

I put my hand over my chest. “Direct hit. I’m wounded you think I’d resort to steroids. These muscles were earned the old-fashioned way, thank you very much.”

She snorts, which somehow sounds feminine and delicate. “I’m sure you do much worse things than steroids. And there is no way, absolutely no way, that you’re going to be my new guard, so tell Caleb he can forget it.”

“Would it put your mind at ease to know he didn’t send me?” Though I’m curious how he’s connected to her. We enlisted at the same time. Went through basic at the same time. We’ve never been close, really. When we both had leave, I was surprised he offered for me to hang out with him in New Orleans. I accepted because I have nowhere else to go. At the time I had no idea that I’d be approached by some special department to gather intel for them. Doesn’t take a genius to figure out Caleb’s into some bad shit.

“Right,” she says, unconvinced. “So you’re standing in the one warehouse that doesn’t contain anything illegal because…?”

“Total coincidence. I was looking for the illegal stuff.” Which means I have no business staying to chat with this woman, no matter how compelling she looks with that notch between her eyebrows. She looks goddamn fierce. “Honestly.”

A roll of her eyes. “Tell my brother he doesn’t need to waste time and energy watching me. I’m staying out of trouble.”

Her brother. Jesus. If she’s Caleb Lewis’s sister, then she’s not staying in trouble. It won’t be a clean shot that brings him down. It’ll be a grenade launcher that hits him—metaphorically speaking. Or literally speaking. Everyone in his vicinity will end up in jail or dead. That’s inevitable. 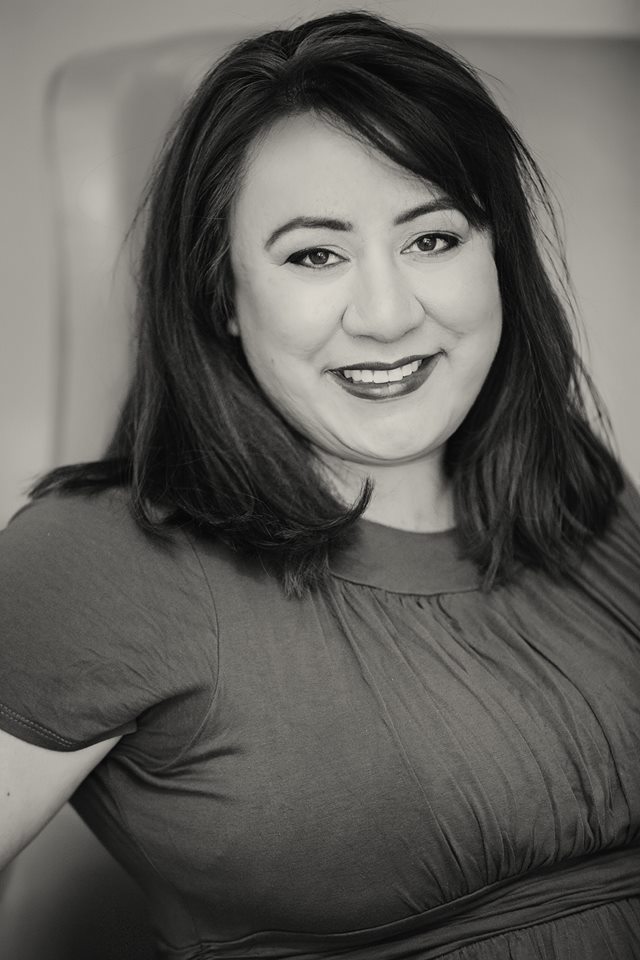 Skye Warren is the New York Times bestselling author of dangerous romance such as the Endgame trilogy. Her books have been featured in Jezebel, Buzzfeed, USA Today Happily Ever After, Glamour, and Elle Magazine. She makes her home in Texas with her loving family, sweet dogs, and evil cat.

Now, Amelia is all about that love. Her romances feature unique, independent heroines and alpha heroes who are strong of heart and body. Readers have described her work as “emotional,” “intense,” “phenomenal,” and “like a child scribbled with a crayon,” which she takes as the highest praise.

My name is Weronika and I'm 28 years old booklover from Poland.